I am showing a small piece made of one pic and a combination of recorded sounds , part of a community exhibition, South Oxford Community centre, Lake Street Oxford , 14th to 19th May 2012. (ARTWEEKS 2012)

image from a photograph:

Malcolm Atkins, for pointing to me the awesome noise under that bridge.

Aline Stanway and Mark Yakoushkin for their feedback. 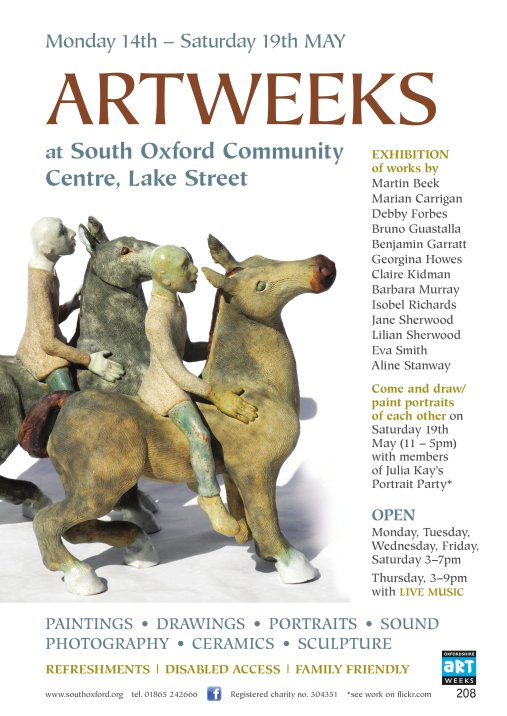